15+ Ways Mindfulness Can Grow Your Business 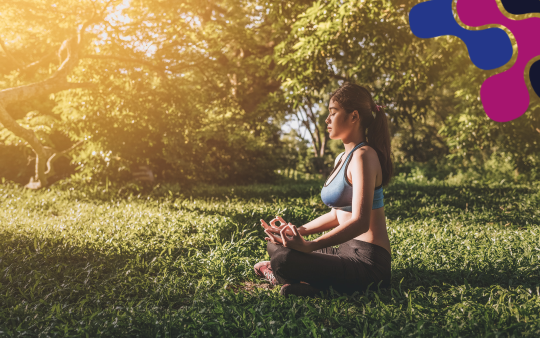 Mindfulness Will Help You Become The Best Version Of Yourself!

This is week as part of KUHR’s Wellbeing month, we thought we’d highlight something that is becoming more popular to incorporate in our everyday lives, not just at home, but at work too – we’re talking about Mindfulness. So, it’s over to expert Justin Standfield from Incendo Development who’s written our guest blog to give us a bit more background on the subject:

Mindfulness Means Living In The Moment

These days – possibly more than ever before – we can easily become so caught up with ‘getting things done’ that we fail to just ‘be’ in the present moment.

It doesn’t seem to matter whether we are working or at home, studying or travelling, alone or with others – so many of us are missing the beauty of life and we probably don’t realise how quickly it’s passing us by.

Mindfulness is a response to this phenomenon and it’s based on an ancient practice of encouraging awareness, clarity, and acceptance of the present moment.

I’ll admit, the way some people package up mindfulness comes across as a bit esoteric and somewhat “pink and fluffy”, so here’s an everyday definition of mindfulness that might work for you:

Mindfulness is a proven method of observing our thoughts, feelings and perceptions in a more helpful way.

I’ve used the word ‘proven’ deliberately because a large body of research on mindfulness meditation has existed for quite some time.

Most of the well-known benefits tend to be more personal than work-related, even though it’s clear that if the whole person is happier there is a positive payoff for the employer.  For example, regular mindfulness practice has been shown to develop characteristics and skills such as:

Mindfulness In the Corporate World

If we apply these to any corporate environment, it’s easy to see that the benefits of mindfulness could be far-reaching; in fact, this is becoming increasingly backed-up by scientific research.

This is important for any manager who’s thinking about bringing mindfulness into their workplace, but perhaps has doubts about whether it really makes a difference.

A range of studies of the benefits of mindfulness at work have been published in major peer-reviewed journals in recent years.  From these studies, we know that mindfulness is a trainable skill and has benefits for organisations as well as individuals, that include (but aren’t limited to) areas such as improved performance, enhanced leadership, better relationships and an increase in overall happiness.  Here’s a brief summary of some of these studies:

In a recent study, the effect of mindfulness meditation on work-related wellbeing and job performance was evaluated and it was found that managers who took part in an 8-week mindfulness course finished it with:

The training included themes like compassion, perspective-taking, patience and generosity; the researchers believe that these elements play a key role in greater wellbeing and performance at work by improving employees’ attention and focus, response to stressors, and aligning oneself to organisational goals.

Positive Impact On Productivity And Health

According to a Harvard Business review article, the American health insurance company, Aetna, estimated that one year after instituting their corporate mindfulness programme it had saved about $2000 per employee in healthcare costs and gained about $3000 per employee in productivity.  Employees expressed reduced levels of stress and recorded improved heart rate measurements.  Source: Gelles (2015)

A 2014 study found that participants in an 8-week course experienced a shift in attitude towards work; specifically, that work was less of a separate part of their lives, but an important place where they can learn and grow.  They also felt that they were better able to identify with corporate strategy and organisational goals.  The participants reported an increased ability to navigate and interact with work-related stressors and situations, which bred a sense of confidence around decision-making. Source: Shonin (2014)

80% of the senior executives who went through a mindfulness meditation programme at General Mills reported improved decision-making abilities.  83% of all participants said they were ‘taking time each day to optimise my personal productivity’, which was an increase of 23% from before the course.  Source: Gelles (2015)

A 2014 study with employees of Intel following the introduction of a mindfulness programme called [email protected] showed a range of benefits. On average, participants responding to pre- and post- self-evaluation questionnaires reported a 2-point decrease (on a 10-point scale) in experiencing stress and feeling overwhelmed, a 3-point increase in overall happiness and wellbeing, and a 2-point increase in having new ideas and insights, mental clarity, creativity, the ability to focus, the quality of relationships at work and the level of engagement in meetings, projects and collaboration efforts.  Source: Wong (2014)

As Jon Kabat-Zinn puts it:

“[Meditation] has no goal other than for you to be yourself. The irony is that you already are. This sounds paradoxical and a little crazy. Yet this paradox and craziness may be pointing you toward a new way of seeing yourself, one in which you are trying less and being more.”

If you’d like a bit more first-hand experience of mindfulness in order to be convinced, drop me a line at [email protected] and we can have a chat about setting up a taster session for you and your employees at your workplace.

To find out more about Incendo’s successful ‘Developing Mindfulness At Work’ programme that can be tailored to your organisation’s needs, take a look at our Corporate Mindfulness web page at http://www.incendo-uk.com/services/mindfulness-workshops/.