My Incredible Journey To The Venus Awards 2016 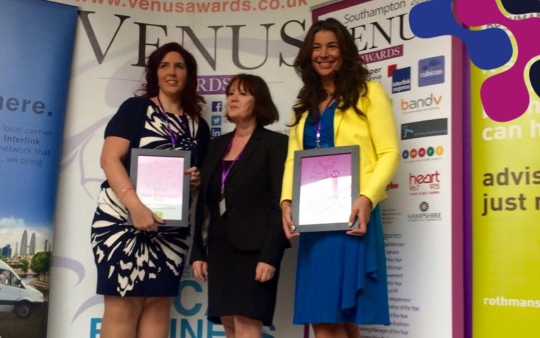 There are Only Nine Days Until The Venus Awards 2016 Finals

Are you sitting comfortably? Then I’ll begin, because today, boys and girls we’re going on a little adventure! Once upon a time. Nope; let me start that again. It was a dark and stormy night… well, okay it was actually a wintry day in 2015 when I received my nomination for the Venus Awards 2016. The news not only brightened up my email inbox, but it also brightened the leaden November skies. Since that day, my journey has been simply amazing!

My Heroine’s Journey Towards The Venus Awards 2016 Finals

Okay, I’m no real heroine, I don’t carry a sword, and I definitely can’t fly, but we’re all the heroes of our own journey, right? You’ve heard of The Hero’s Journey, story analyst Joseph Campbell’s theory that there’s only one story? Well, being nominated for the Venus Awards 2016 was the call to adventure in what’s turned out to be a genuinely amazing Heroine’s Journey.

Just like Luke Skywalker, Katniss Everdeen, Harry Potter, Dorothy from The Wizard of Oz and every hero since the first stories like The Epic of Gilgamesh, an inciting incident led me into a magical new world. There, I met and connected with some fantastic and inspirational female mentors. Along the way, many of Campbell’s story elements showed up – The Refusal of The Call (my hesitation) The Belly of the Beast (being thrown in at the deep end). My journey is nearing its end, so let’s hope this Road of Trials leads to the ultimate prize – The Gift of the Goddess!

The Refusal Of The Call

Towards the start of my jouney towards The Venus Awards 2016, my nerves definitely set in and I repeatedly found myself asking if i should turn back. Yet, attending the announcement of the semi-finalists at the new Peter Cooper VW showroom in Hedge End, there was a buzz of anticipation but the lovely Tara Howard makes every occasion special. To be shortlisted as a semi-finalist for not just one but two awards was overwhelming in my first year of business.

In January, I met mentors Sue and Lisa from Rothmans for the New Business Award. This two-woman version of Obi-Wan Kenobi made me realise that I was doing more and understood more about marketing than I realised. Their words of encouragement gave me the confidence boost I needed to believe in myself more. Self-belief is a massive cornerstone of The Hero’s Journey – it’s probably the most crucial lesson Campbell’s monomyth has to teach us. I also had my interview with Mike Turnbull from Peter Cooper VW for the Influential Woman Award another opportunity to attend to their fabulous new showroom one more time!

The Belly Of The Beast

February came around so quickly for the finalist’s announcement, and my fellow finalists in the New Business Awards are truly inspirational. I am sure that we are going to be excellent support for each other for many years to come. We decided to meet for a coffee to help promote each other’s businesses. What else are this bunch of heroines gonna do except meet for a coffee and a chat!

As we near this particular, female-centric Hero’s Journey, there are only nine days to go until the colourful and glamorous Venus Awards 2016 ceremony. So Venus herself has been doing what she does best; writing a blog about the journey to the finals.

I know that, although I would love to win an award at the Venus Awards 2016, having met my fellow finalists I would be happy for either of them to win. To make the final three, we have achieved so much. We are women who work hard and have a passion for what we do and #believe in what we do.

To find out more about how we might be able to support your business, why not book a no-obligation call with me today?