The Entrepreneur 2016: A Fun And Worthwhile Event 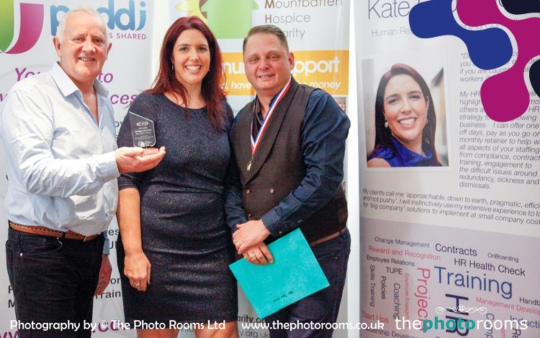 Get Involved With The Entrepreneur Event!

In 2015, I sponsored and entered an event run by the Countess Mountbatten Hospice called The Entrepreneur, the main sponsor being Complete Vehicle Management based in Fareham. Little did I know I would be in the centre pages of the Southern Daily Echo three times in three months! I’ve always said I wanted to be a centre-fold!

What Was The Entrepreneur All About?

The concept behind The Entrepreneur saw teams given just £50 and a two-month period to generate as much money as possible, legally! This meant that Friday 4th March 2016 was awards night at the Grand Harbour Hotel Southampton. It was only then we found out how the teams had done and how much had been raised in total.

In attendance were all the sponsors and teams along with a special guest and Ambassador of the Hospice James Foad. James won bronze with the men’s eight at the London 2012 Olympic Games. He also has four World Championship Silver medals and a European title to his name, so we were in the company of champions!

And The Winners Are…

Entrepreneur of the Year, sponsored by CVM Group

Most Innovative Idea, sponsored by ABP – Socio Design (Nifty 50) won an award and a Golf Day supplied by Old Thorns

Clarke Willmott (Bakers) won the trophy and Paintballing for 5

In total, the Entrepreneur initiative raised more than £15,000. The event was so successful that Southampton Solent University have embedded the scheme into their Business Entrepreneur module.

Friday was an amazing night, supported by many great entrepreneurs representing great small businesses. Mark from Shooting Business produced and edited the event video, The Photo Rooms provided the fantastic photography, and Colin Philips was a brilliant master of ceremonies for the evening.

The lovely Jenny Todd (Silk Bow Bookkeeping) and I entered as ‘Team Diva’, and I baked the 300 cupcakes. This lead to Jenny’s classic line “I would be very disappointed if you didn’t donate and buy a cupcake” while… you guessed it; dressed as a cupcake! Who could say no to that! Jenny and I now share custody of ‘The Most Amusing Award’ and look forward to retaining our title next year!

None of the above would have been possible without the force of nature who is Pam Bates, PR and Events Manager at Countess Mountbatten Hospice. If you want to get involved in next year’s Entrepreneur Event, please let me know, and I can pass on your details.