Is Your Business At Risk From Presenteeism? 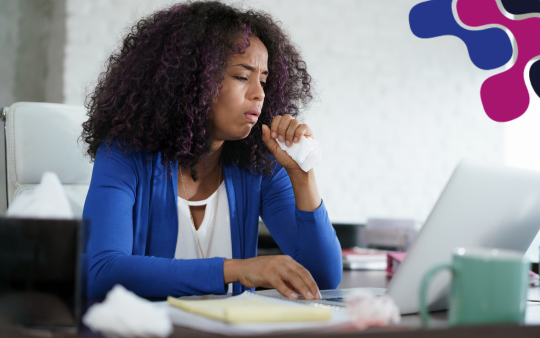 Is Your Business At Risk From Presenteeism?

Mental Health in the workplace is big news right now – and rightly so. As a responsible employer, you care about the physical and mental wellbeing of your staff, right?

For example, if you were asked ‘How are your company absence levels?’, I would hazard a guess that you’d have a pretty good idea of not just the number of sickness days you’re losing, but the leading causes too.

What about Presenteeism, though? Or the newer, but rapidly increasing, Leaveism?

A 2018 survey by the CIPD showed that presenteeism has tripled since 2010.

Simply put, presenteeism is someone coming to work just like usual, but who isn’t being productive or effective whilst there. Their ineffectiveness could be due to health issues or other reasons, such as feeling disengaged from their job. Commonly, presenteeism occurs when the employee feels under pressure to maintain a good attendance record or is trying to hide illness. Both of these behaviours are commonplace in people experiencing poor mental health.

Leavism is a newer term but has been identified as an increasing behaviour in the workplace. As the name suggests, this happens when staff feel under pressure to meet work commitments and struggle to do so in their working time. Instead, they use their annual leave entitlement to take time off from the workplace while continuing to work.

What Are You Doing To Tackle These Issues In Your Business?

Anxiety, depression and work-related stress are frequently cited as primary reasons for absenteeism, presenteeism and leaveism. As your biggest asset, it’s a good idea to look after your employees proactively.

Commonly, a business will turn to technology to play its part. For example, automating routine tasks and processes can help to alleviate time pressures or simplify a job, but, does that go far enough? Or does it just change the pressures on people – perhaps taking away some of the mental stimulation of their role, and in turn, the loss of satisfaction in ‘a good day’s work’?

With nine out of ten survey respondents reporting that technology makes it harder to switch off from work out of hours, it would appear this isn’t the only solution.

Living in an ‘always on’ world can result in the perception that you expect immediacy from your staff at all times. For the majority of workers, it’s unlikely that anything work-related is genuinely a matter of life or death that cannot wait to be dealt with in working time.

Taking steps to positively develop a culture that considers working outside of ‘normal’ hours unacceptable will help reassure your team that taking their full leave entitlement or not working in their personal time, isn’t going to damage their career prospects.

As a leader, break those same habits yourself, such as emailing your team in the evening. You might know you don’t expect them to reply immediately, but do they know that?

Take a break. Get some fresh air, get moving, go for lunch… It’s all too easy to slip into bad habits, and if your team never see you take a break, they may feel you will judge them for doing so themselves.

Engage with your staff. It might seem obvious, but when did you last check in with your team? Did they have a good weekend? How are their children? How is their elderly mother coping? Seemingly small touch points can make all the difference when it comes to your staff having the confidence that you see them as people and also value their contribution to your business.

For more information on techniques to tackle presenteeism in your business, contact me on 02382 025160.