DO NOT Make This Costly Mistake When Checking References 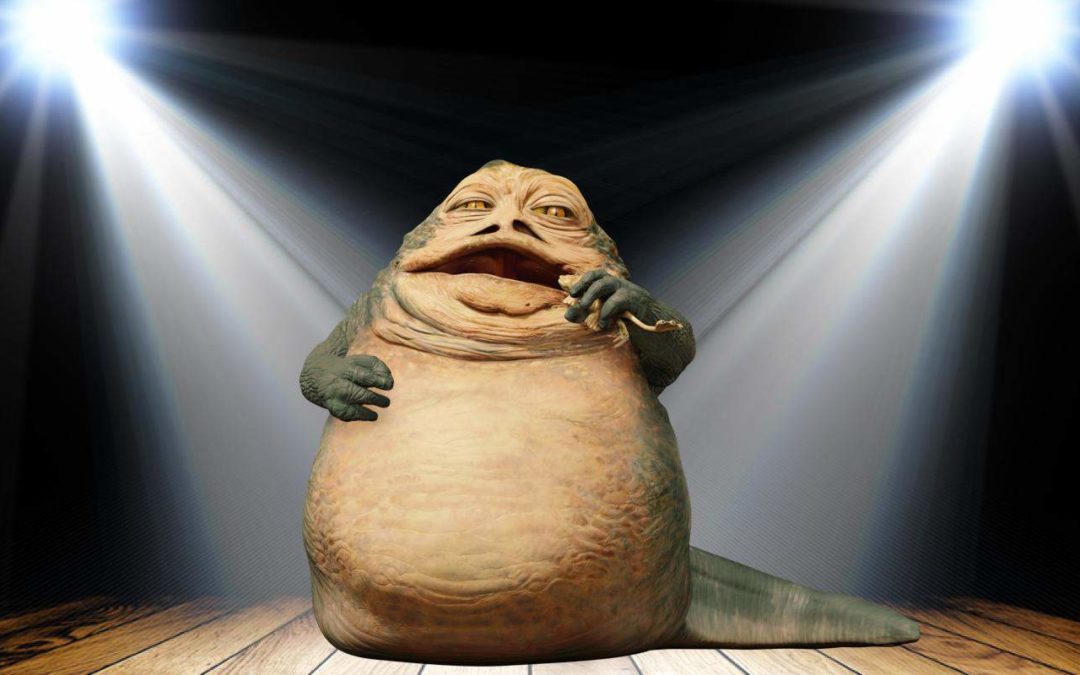 Not Checking References Could Cost You Dearly

What are the three most important words in the English language? “I love you”? Maybe. “Let me help”?  Perhaps.

Well, arguably, three of the most important words in the world of Human Resources are “References Upon Request”.

When it comes to checking references the onus is on you as an employer, to get it right. So here’s a cautionary tale which spells out why checking references is paramount and how, if you get it wrong, it could have every serious consequences. Like the best stories, this tale begins with the words:

A long time ago, in a galaxy far, far away…

Desilijic Tiure, you see, is Jabba the Hutt’s real name, so naturally, when West Atlantic UK found out that the reference (which claimed he previously worked as an airline captain) was bogus they termiated his contract.

West Atlantic UK offered the employee the opportunity to resign, which he did, but then he subsequently claimed three months’ notice pay, being his contractual entitlement had he resigned. West Atlantic launched a counterclaim, for recovery of the employee’s training costs, as he had signed an agreement stating these were repayable if he was terminated within the first six months of his employment.

The Birmingham-based tribunal dismissed the “pilot’s” claim but allowed West Atlantic’s counterclaim. The employee was ordered to pay back £4,725 in training costs.

Not Checking References Can Be Deadly

Between the somewhat humorous Star Wars connection, the fact that maybe the employee maybe thought rebel X-Wing pilots didn’t need real references, plus the mind-boggling nature of this case, it’s easy to forget that not checking references could have led to deadly serious events. Imagine if the employee had crashed an aeroplane killing hundreds of people. Aside from the terrible human tragedy, the financial and moral consequences for West Atlantic and others would have been catastrophic.

Although you’d expect an airline company to have far more stringent background checks in place, especially when checking references which could be bogus, this isn’t the first serious case where a candidate has fabricated their application and landed a top job.

The Purpose Of References

The purpose of references is to obtain information about a candidate’s employment history, qualifications, experience and/or an assessment of the candidate’s suitability for the post in question.

It is estimated that one in eight people exaggerate or falsify their qualifications, but figures are difficult to ascertain and could be far, far higher. References should only be relied upon to check factual (and not subjective) information, so you should only ask ‘factual’ questions to the referee and not go into detail, e.g. about dismissal or resignation.

How Reliable Are References?

Remember that potential employees are likely to choose wherever possible, those who will provide references for them.

Previous employers may have gone out of business, be pleased to provide a favourable reference for a questionable employer, or simply have different expectations in terms of work performance. Where a reference appears inadequate or incomplete, then try, whenever possible to follow up by telephone.

If there was the occasion where a poor reference is received, but an offer of employment has already been made – if at least one reference has been sought (as company standard) prior to the offer being made, then the offer can be withdrawn.

Company offers of employment state that ‘offer of employment is provisional subject to references satisfactory to the company being received’.

The Moral Of the Story

The moral of the story? Well, obviously if you’re an employer, pay close attention when checking references; make sure you check thoroughly and follow up by making calls to referees. Do not go in half-heartedly because, in Yoda’s words “Do or do not, there is no try.”

If you’re an employee and you have to go to court because you provided fake references, I can’t help you, other than suggesting you keep a thermal detonator handy!!

If you’re an employer, hiring new staff can be an expensive and time-consuming process, so it’s essential to get it right. Get in touch if you’d like some support with checking references.

Remember, Darth Vader lied on his C.V. and look how that turned out for the Ewoks.